The Berlin Wall Race: Running on the traces of German history

There is hardly any ultramarathon with such a close relationship to recent German history. This is because the Wall Race leads along the former inner-German border, 100 miles around western Berlin. There will be hundreds of runners from all over the world, running where once the Wall stretched for miles, in an athletic commemoration of the separation of Berlin and its victims in the years between 1961 and 1989. The finisher medal will again show the portrait of someone who lost his or her life in an attempt to vanquish the barbed wire and concrete.

The Wall Race is supported – among many others – by the former GDR civil-rights activist Rainer Eppelmann, who is also the patron of the event. 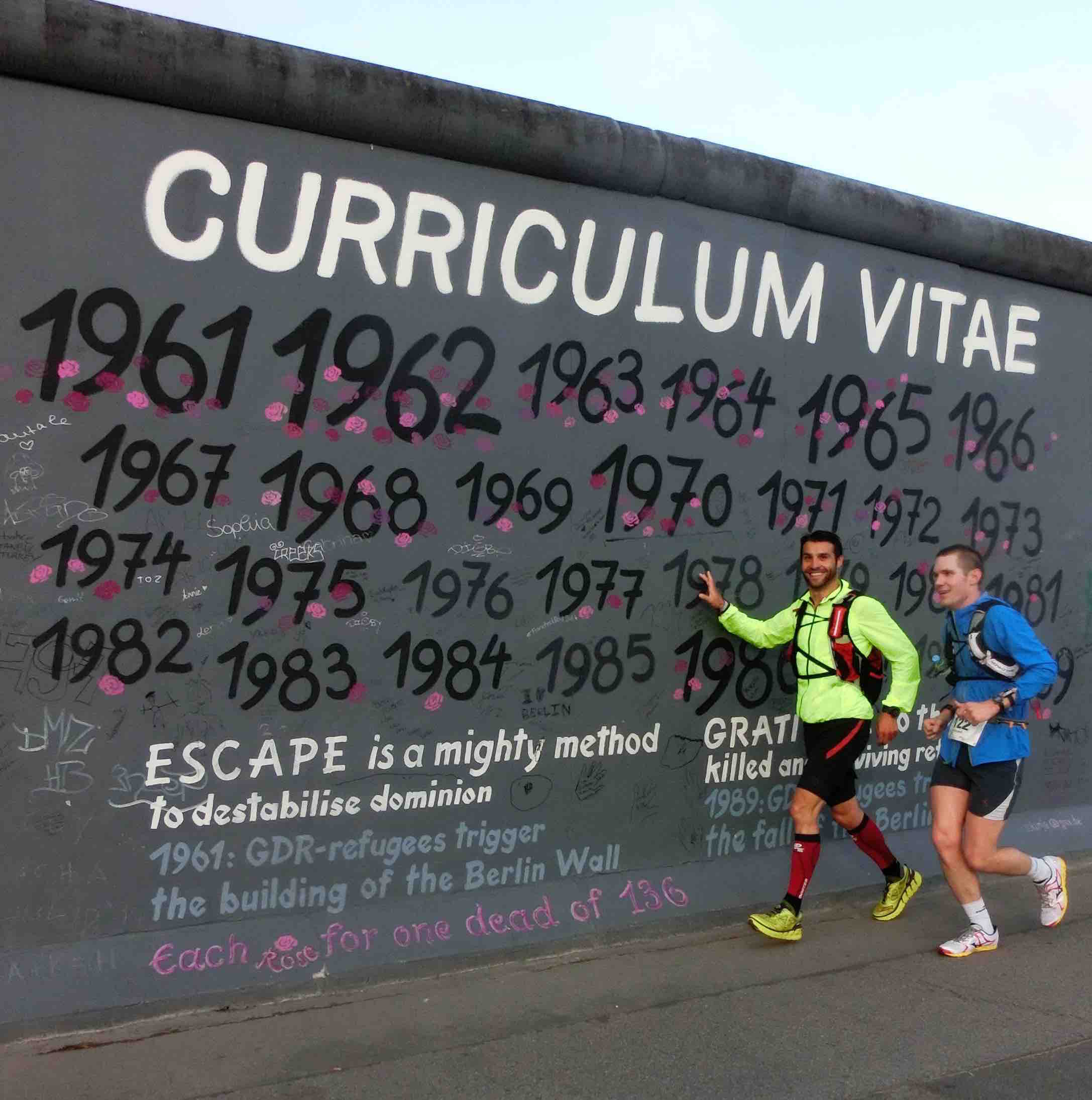 What is there to know about the Berlin Wall Race? It is mostly flat and paved, runs partly through urban areas, but also through forests and along meadows and fields  – a course rich in variety.

A specialty: Due to its length and the time limit of 30 hours (for solo runners, 27 hours for relays) the course is not cordoned off, thus encounters with cars, bikes and pedestrians are likely. Due to this reason the Road Traffic Act must be followed at all times! That a runner can be incredibly fast even with red traffic lights was proven to be true by Markin Perkins in 2014 with a new course record. It took the Brit only 13 hours and 6 minutes to complete the 100 miles!

The popularity of the event, which has been held since 2011, is also due to the 400 volunteers along the course. They do not only supply the runners with drinks and food at 26 refreshment stations, but are motivation and comfort at the same time. One more reason not to give up along the way!

Text by Ronald Musil, the initiator of Berlin Wall Race

It was in 2005 when I had lost 26kg and started my ‘running career’ following the advice of and supported by my today’s great friend Ulrich Welzel. Just a year later I finished the ‘Mittelrhein-Marathon’ as my first full marathon, followed by the first ultra-races in 2008; one of them being the 100k ‘Thüringen Ultra’.

Since 2000, South Africa has become a second great passion of mine. It fascinated me. Combining my love for South Africa with my passion for running, I ran the Two Oceans Marathon (56k) which was once established as  training run for quite another piece of race – the Comrades Marathon (56miles, equalling 90k). The Comrades Marathon takes place every year (except a few years during the Second World War from 1941-1945) between Durban and Pietermaritzburg. The race is organised in remembrance of all the soldiers who lost their lives in East Africa during the First World War as much as of the suffering all soldiers who fought there had to go through. Today, the Comrades Marathon is with more than 20,000 participants the longest-established and largest ultramarathon in the world.

I spent quite some time getting familiar with the history of this race and asked myself if any race in Europe respectively Germany existed which is similarly connected with and embedded in history. The answer was: No!

Shouldn’t it be possible, to experience history while running?

Why do I run long-distance; going way beyond the common 42,195km? The Comrades and its compelling narrative is one major reason. Another reason is the Western States 100. The Western States 100 (WS100) is somewhat the mother of all 100miles races. Unfortunately I’ve never had the chance to take the part in this race despite putting my name down for the lottery wheel twice. 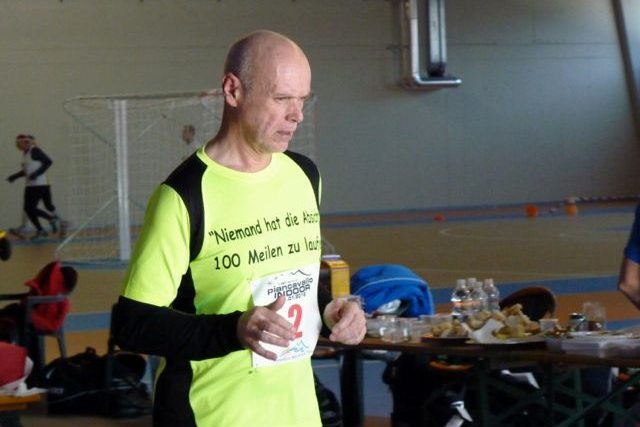 Shouldn’t it be possible to experience history while running a 100 miles distance?

It was beginning of February 2009! I was deeply committed to reach a good qualifying time for the Comrades Marathon. Last minute they race organizer granted me an entry and I was on my way to Kiel (Germany). The central station in Berlin was pretty empty at this early hour. Two people who didn’t look for each other found each other anyway – Alexander von Uleniecki and me. During the trip to Kiel, I shared some of the thoughts I had about connecting the Berlin Wall trail with a 100 miles race. An important aspect was to commemorate those ones who lost their lives during the times of the Berlin Wall – the victims of the Wall. Alexander cherished and enthusiastically supported the idea instantly. For many years, he played an important part of the organisation of the Berlin Wall Race and was a congenial partner. My very special thanks to him – without him, the 100MeilenBerlin wouldn’t be what they are today.

We quickly realised that organizing an actual 100miles race requires a professional and institutionalised race organizer. In November 20019 we founded the LG Mauerweg Berlin association. This year, in 2019, the LG Mauerweg celebrates its 10th anniversary.

As an initial trial, a race in stages on the Wall trail was organised. The response and interest was high and the turn-out encouraging. More than ever, we were committed to implement the first 100miles-run along the Berlin Wall trail. Inseparably connected with the early idea of the Berlin Wall Race are two things in particular: The unusual high number of refreshment stations (I initially didn’t like Alexander’s suggestion at all!) as much as the persiflage of Walter Ulbrichts famous statement from June 15, 1961: “No one has any intention of building a wall.”. We turned it into: “No one has any intention of running 100miles”.

It was also very important to us to gain an important public character from the times of German reunification as advocate of the race. We are proud that the former civil rights activist Rainer Eppelmann supports us until today.

The first edition of the 100MeilenBerlin – The Wall Race took place in August 2011. Since then, each year it is scheduled for the weekend after August 13. In the very first edition, we commemorated the last victim of the Wall Chris Gueffroy and stamped his portrait on our medal. His committed mother Karin Gueffroy joined us together with Rainer Eppelmann for the award ceremony in the Lobeckstraße. I am more than pleased and happy that Ms Gueffroy, who became the ‘Mother of the 100MeilenBerlin’, still takes an active part in every year’s award ceremony.

In this first edition, we celebrated 78 runners who reached the finish line.

After this first success, we needed a gap year to organise the next edition, integrate new ideas and get the organisational structure properly established.

Remarkable in those times were the decision to switch the direction of the course every year – following the example of the Comrades Marathon – and the appointment of 100Meilen-Ambassadors in relevant countries to serve as contact persons for interested runners. A special tribute goes to Hartmann Stampfer from South Tyrol for his tremendous efforts as Ambassador. Today the runners from Italy are famous for being the largest group in the Wall Race.

As the course of Wall Race also passes the EastSide Gallery, it seems to be just a logical step to ask the artists’ collective around Kani Alavi to also get involved. And since 2013, the Finisher Shirt has been displaying one of the art pieces from this unique open air gallery.

And there was one more thing which was important to us although it is not directly related to the memorial of the victims of the Wall. As widely known, the idea of 100Miles races was born in the USA (WS100). There, whoever manages to finish the 100 miles in less than 24 hours, receives a buckle. Now we also have such buckles at the Wall Race.

The introduction of three different options to run the Wall Race as a relay was very positively responded to. It increased the numbers participants significantly once more.

Today, the 100MeilenBerlin – The Wall Race is one of the most important running events in Berlin and one the most popular 100Miles races worldwide.

A massive thank you to the more than 400 volunteers ever year and the organisers of the race!

Rainer Eppelmann: „A contribution to the commemorative culture“ 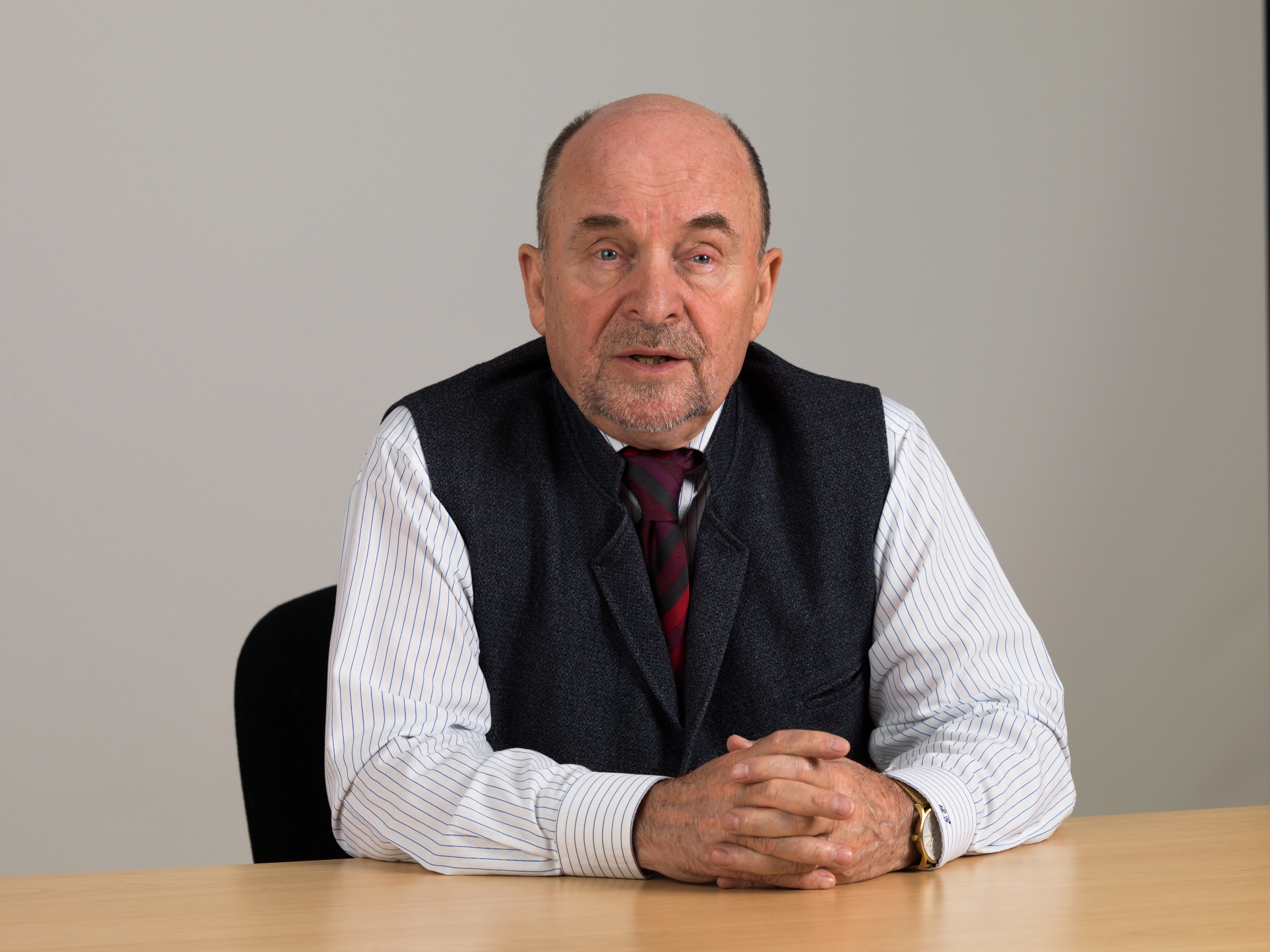 The Berlin Wall Race incomparably combines the athletic top performance of an ultra marathon with the commemoration of the separation of Germany and of Berlin.  Maybe the athletes from all over the world have one or two minutes along their 161 kilometer long run to reflect the inhuman Berlin Wall. In any case, the organizers of the event take a stand by setting the event to the date of the anniversary of the wall construction on 13 August 1961 and along the former separation barrier. Next to the accomplishments of the organizers, that work relentlessly hard for the growing success of this international sport event, I would like to point out the commitment of the approximately 400 volunteers. Without their support at the 27 aid stations the whole Berlin Wall Race could not be realized. I would like to thank everyone involved, who contribute to the commemorative culture of this country and this city at the same time.

The race along the former Berlin Wall remembers a monstrous building, that had separated people in the East and the West for 28 years, and which has by now disappeared from the views of the city. They remind how the authorities of the GDR established border fortifications against their own people and obstructed them the last loop hole to the free world. Families, couples and friends have been separated for decades. Thousands of people, that did not comply with the life in the GDR, paid the escape attempts with prison or severe injuries, too many met only their death at the Wall.

To remember this constantly and to show the younger generations quite plaintly the brutality of the border regimes, behind which the whole communist dictatorship of the GDR had to hide, remains a constant task. The participants of the 100MeilenBerlin do not only push the envelope of their physical capabilities, they also contribute a valuable share to the commemoration of the decades of the separation and its numerous victims.

Rainer Eppelmann is a former GDR civil rights activist. In the cabinet of Lothar de Maizière he was Minister for Disarmament and Defense, from 1990 to 2005 he was a member of the German Bundestag for the Christian Democratic Union. Rainer Eppelmann has been patron of the Berlin Wall Race since its premiere in 2011.