If, as our saying goes, there really wasn’t anyone intending to run 100 miles, then we wouldn’t have had a problem. In reality though, there are now more and more people who have the intention to run our Berlin Wall Race, so our story starts quite differently this time….

There was once a virus and it had the intention to make our 100 miles disappear. Last year it even succeeded and for a long time it looked like the virus would get the upper hand in 2021 as well. It was such a long ordeal with a search for permits and suitable hygiene concepts – so it felt almost like a miracle that on August 14, 529 runners gathered at the starting line in the Cantian Stadium for the Berlin Wall Race 2021. 382 of them were individual runners, 147 athletes were part of a relay, which as usual took place in three different outlets: the 2-person relay, the 4-person relay and the 10+-person relay. 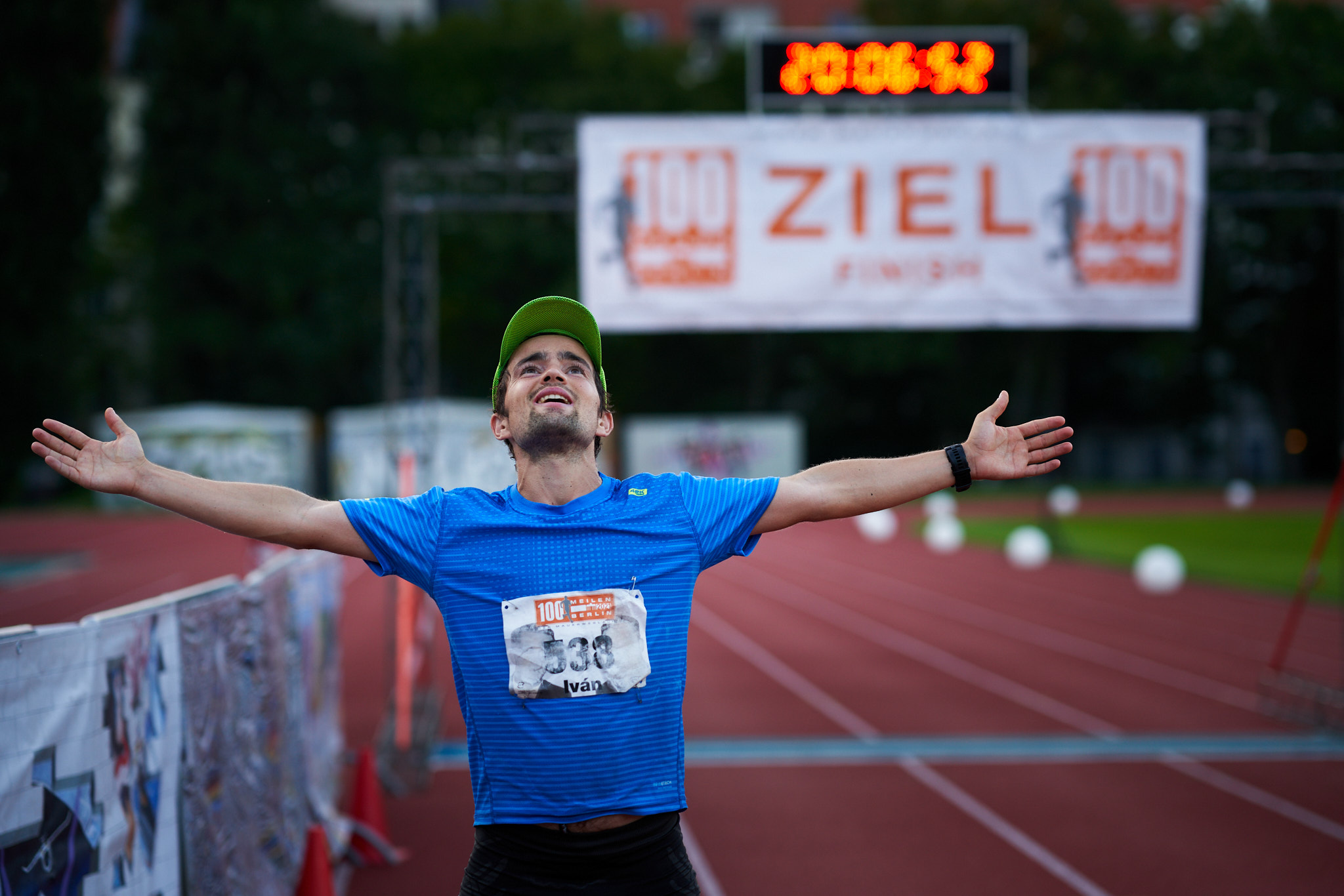 Among the individual runners, a group of six runners quickly took the lead, who continuously overtook each other. Last edition’s winner Sascha Dehling from our LG Mauerweg Berlin was one of them as well as top favourite Ivan Penalba Lopez from Spain, who – with a personal best of 13:07 hrs over 100miles – wanted to attack Mark Perkins’ course record from 2014 (13:06 h).

However, just like two years ago, the sultry heat took its toll on the runners, and after 90 km only Ivan Penalba Lopez and the German Patrick Kaczynski were battling for first place. Patrick was able to take the lead for a short time, but this only sparked the ambition of Ivan who really wanted to run this thing home. He ran very steadily – but so did Patrick and the Spaniard was never able to really build up a reassuring lead. Eventually, Lopez won in the end in a time of 14:06:41 hours and it was very well deserved, but it was also a great fight in which he had only a tiny 8-minute lead over Patrick (in a marathon that’s a lot, in a 100-miler it’s almost nothing).

How much they both enjoyed the race became evident, when an enthusiastic Patrick crossed the finish line full and the two of them gave each other a massive hug. Morten Thye from Denmark crossed the finish line after 15:31 hours and completed the international podium. Local hero Sascha Dehling came 5th after battling some stomach issues throughout the day – after Jens Abernetty from Hamburg. 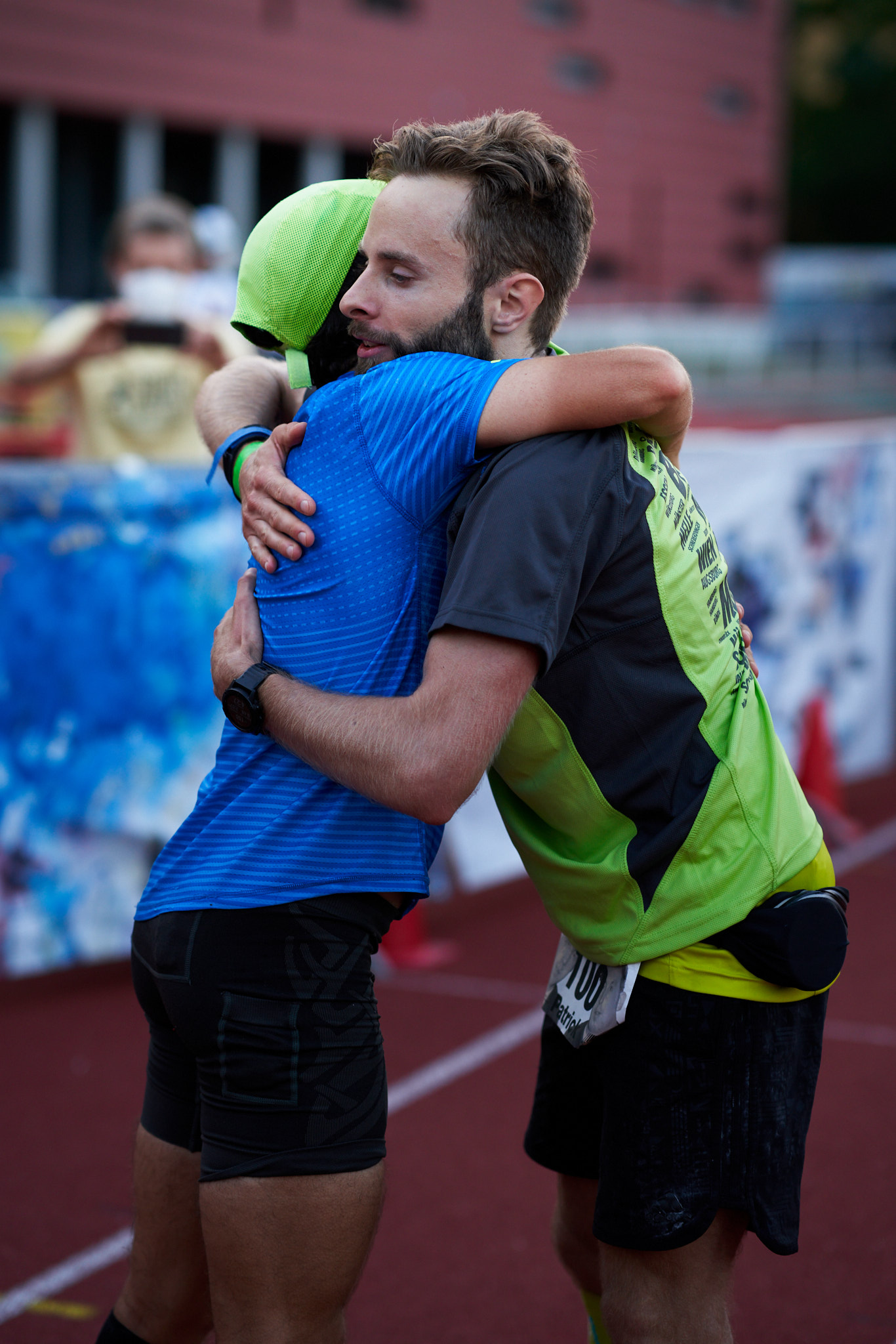 The female race was characterized by an impressive number of top performers. Eventually, 5 women were among the first 12 finishers – however, this could not have been predicted at the 100k mark. It seems that generally, the women were better in managing their energy and strength over the entire distance. Israeli runner Shine Bar was leading almost throughout the entire race – usually about 20min later followed by Backyard Ultra Queen Marina Kollassa. As the split times of both front runners dropped only a little in the last hours of the race and Sarah Mangler also ran an amazingly constant race plus had a brilliant finish in her legs, the excitement grew over the last miles. Eventually, Sarah passed Marina and finished only 47 seconds later than Shine. Alexandra Mutter and Luise Wuttke finished 4th and 5th. 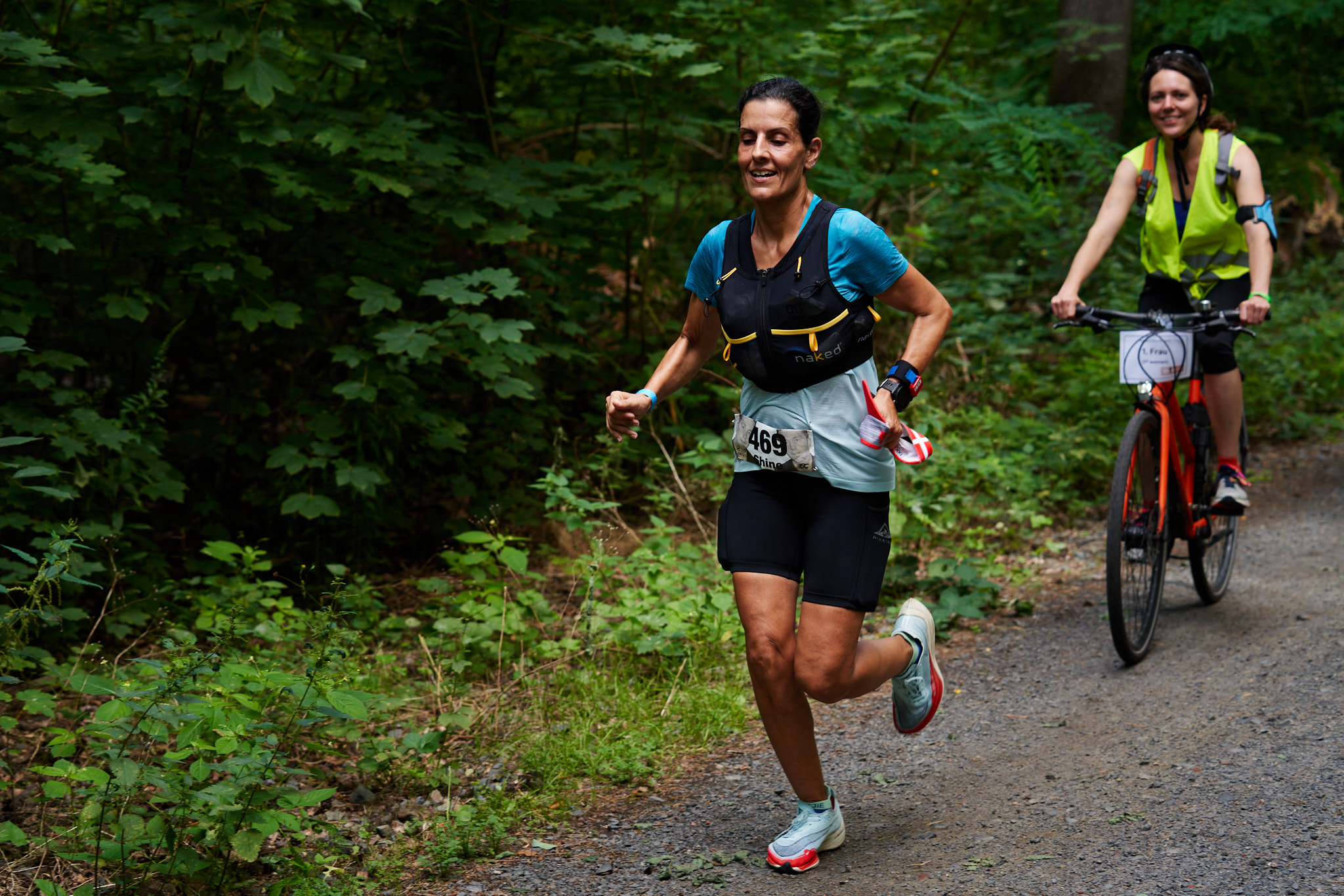 In the 2-person relay, the Berliner Jungs ran to victory ahead of the Italians from #apalladefoco and Team Hannover. In the 4-man relay, the Dynamischen 4 were slightly faster than the Days of 2016 and LT Waldblick. The 10+ relay competition was won by Team X from Potsdam ahead of Schwabenpfeils Next Generation and the relay team from Hedwig Bollhagen Gymnasium in Velten.

However, the Berlin Wall Race is always so much more than this competition at the top of pack. It is about overcoming one’s own limits; it is about achieving something that seems impossible. It doesn’t matter whether your ambition is to finish within the cut-off time of 30 hours, or to win the buckle you get for finishing under 24 hours, or to achieve your personal best. We always try to find that limit  and then go beyond it. The Berlin Wall Race further commemorates the victims of the border that used to divide Germany between 1961 and 1989 – especially the victims of the Berlin Wall. This year, at KM29, we paid special tribute to Dieter Berger, who accidentally ran into a border post in 1963 and was shot dead. 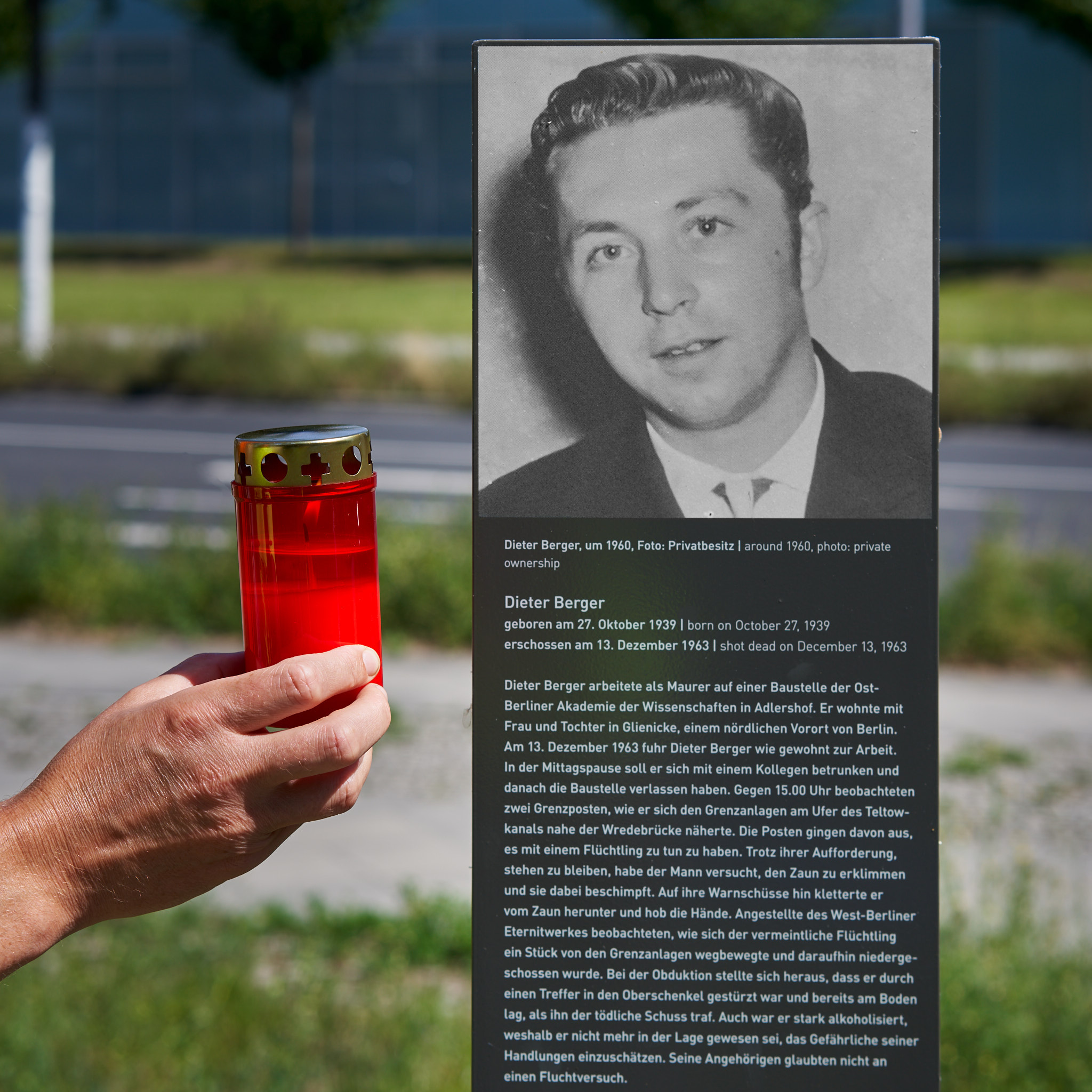 Last but not least, the Berlin Wall Race is also a celebration, with over 400 volunteers working 24/7 to support the runners. We are just so happy that both, these volunteers and the runners have made this running festival possible despite the difficult conditions. Thank you.