Unlike in the previous year, there were no Covid19 safety requirements that restricted the organization of Berlin Wall Run on August 13-14, 2022. Nevertheless, the virus did affect aspects of the planning and implementation this year. Some registered runners and members of the organizing team had to cancel at short notice due to Covid, which required extra flexibility and teamwork.

The high forecast summer temperatures increased the anticipation of a challenging 161km run around the former West Berlin not only for the single runners but also those in relays. Although the skies initially remained overcast, the temperature quickly climbed to around 30 degrees with the humid weather posing an extra challenge for everyone involved. When the sun came out in the afternoon, it became apparent who had planned the distance and tempo in such a way that it was possible to continue running at the desired pace. Only during the night did a few short showers cool down parts of the route.

From the start, Norman Mascher-Aspensjö (SCC Berlin) dominated the race for the individual runners – his fourth victory in only his fourth ultra-competition! With a time of 14:45 hours, he crossed the finish line with a safe lead over second-placed Marc Schneider (15:26 hours). Third place went to Zsoldos Ferenc, with a time of 16:40 hours. 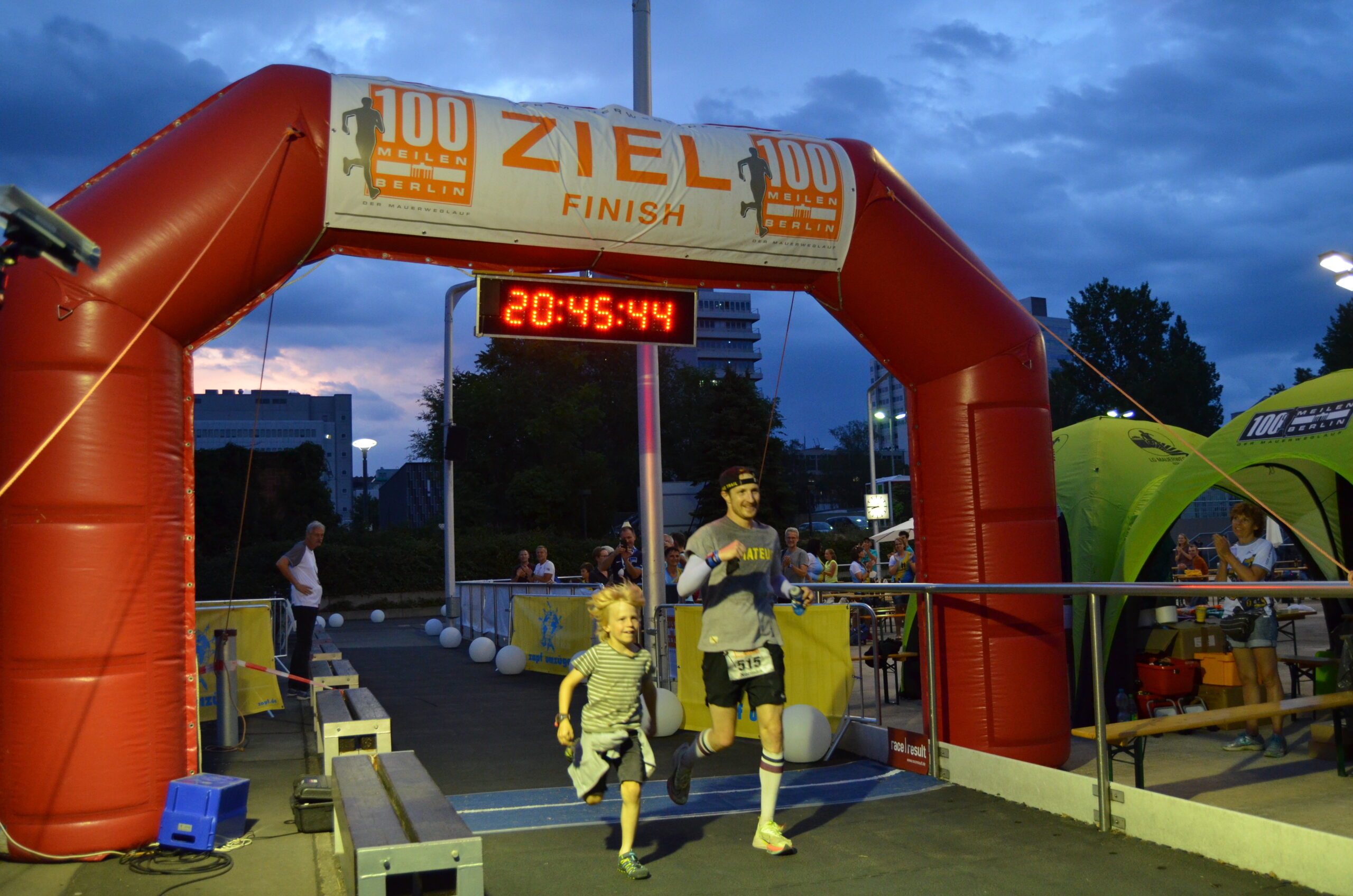 Sarah Mangler (Triathlon Team Düsseldorf) won the women’s category and secured fourth place overall. Like last year (when she finished second less than a minute behind the leader), she showed the greatest consistency among the runners, taking the lead after the first quarter and finishing in 16:56 hours. Andrea Mehner came second in 18:23, and third was Stephanie Schöffzeck in 19:15. 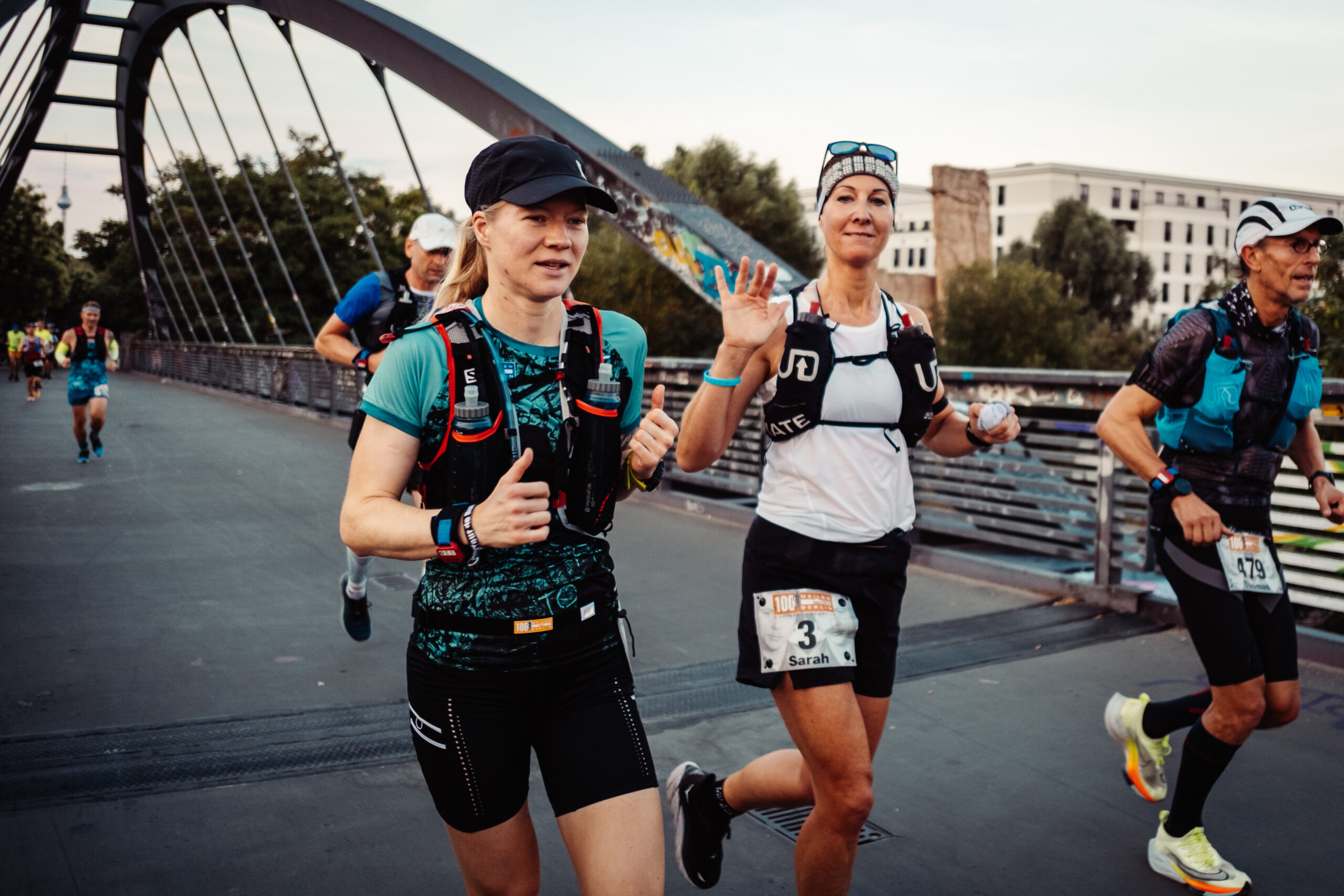 The first two-person relay team to cross the finish line was FH Runners Berlin (16:25 hours), closely followed by the “We would have been swimming without a wall” team (16:30 hours) and the “Gollis” team in 16:34 hours.

There is a new course record to report in the 4-person relay: The Austrian-German team “Fischer Edelstahlrohren” reached the finish line in 11:44 hours! Team LT Waldblick 1 (12:12 hours) was second, third place went to “Running Europe” (12:57 hours). 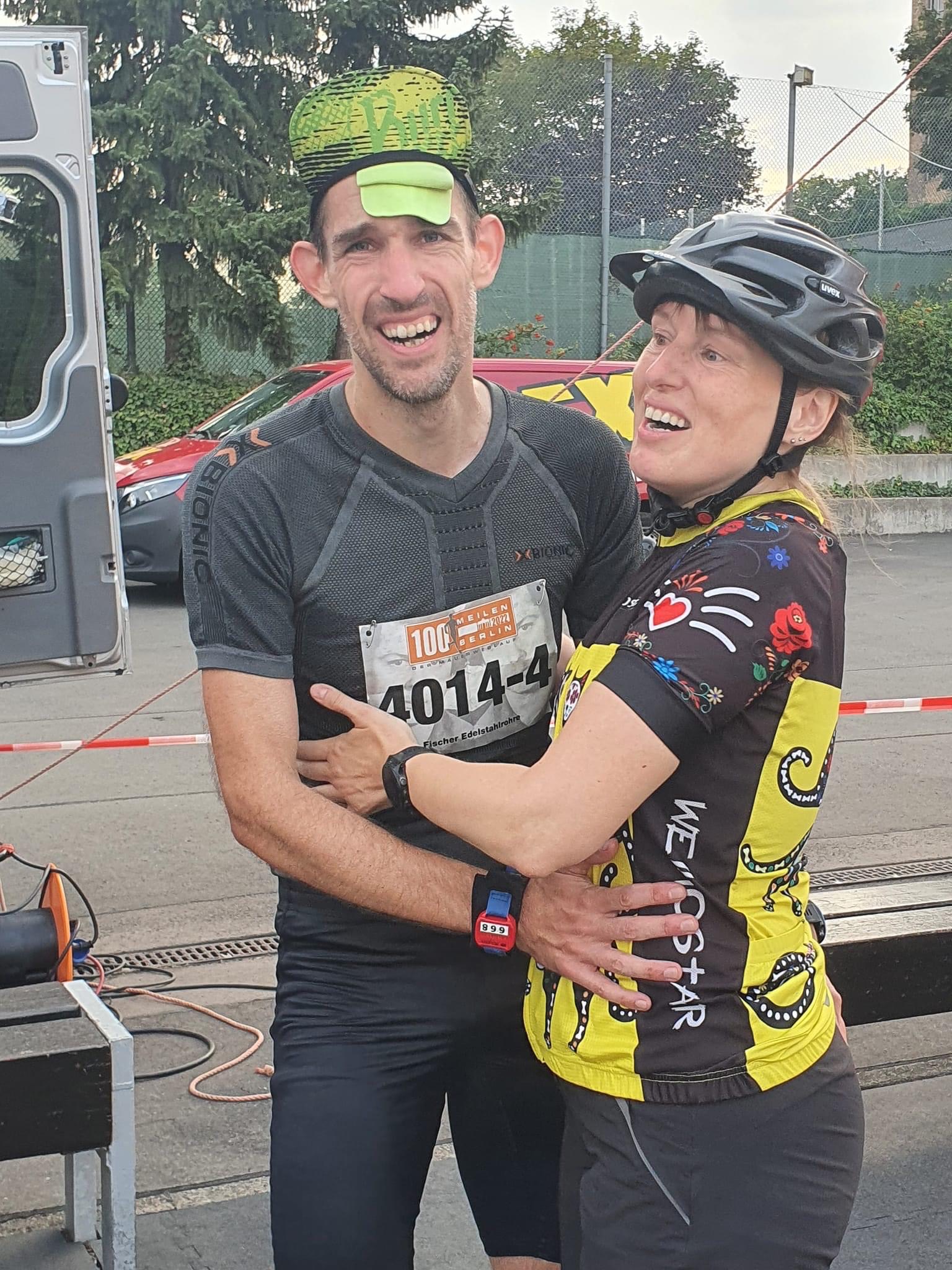 Shortly after 7 p.m., the runners from “Team X” ran into the stadium as the first 10+-person relay team, narrowly missing the record for this category. “Team X” also won last year in this category and improved their time this year with 11:08 hours, winning with a clear lead over the “PotsRun” relay in 12:16 hours and the relay team of the club “Die Laufpartner” (12:41 hours).

Right up until the finish at 12 noon on Sunday morning, when the last runners with finishing times of just under 30 hours arrived at the Erika Hess Stadium, many small and large battles were being played out en route: against the weather, physical problems both small and large and mental fatigue. For many, overcoming all these obstacles was the greatest victory. For some, also listening to their body and exiting the race at the right moment was a good decision.

Good preparation, perseverance and the right reaction to unforeseen challenges at the right moment – that’s not just what counts for the runners, but for everyone involved at the decisive moment. More than 430 volunteers along the route and behind the scenes made sure that the equipment and food were in the right place, exhausted runners were given refreshments and support, and that questions were answered as quickly as possible. On behalf of the organization team, we would like to thank you again for your commitment – without you, the Berlin Wall Run would not be possible!

In Schönwalde, participants commemorated Ulrich Steinhauer, who was shot here at the border in 1980. 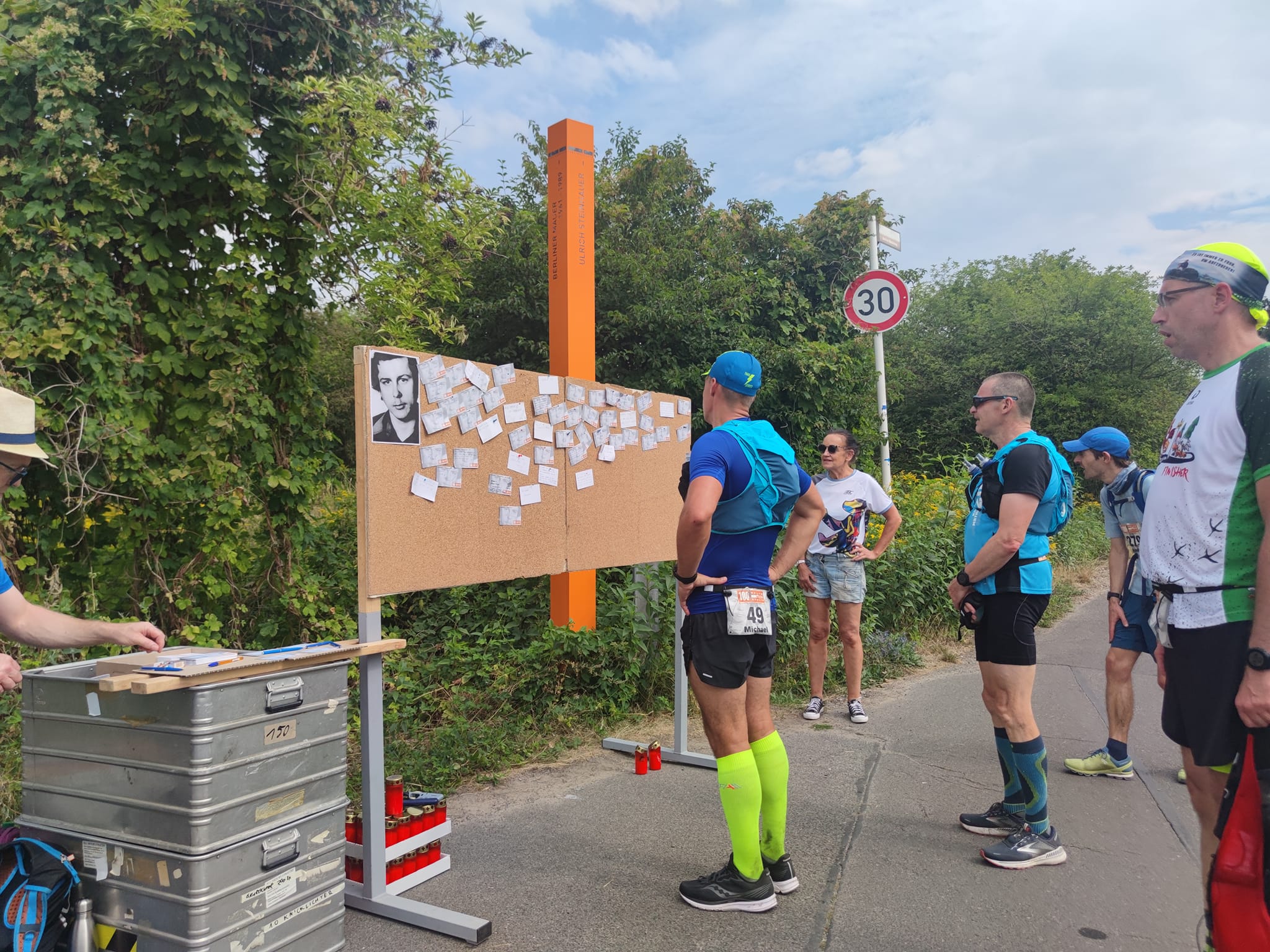